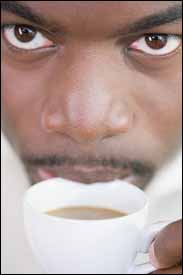 Being an authentic Christ-follower is much, much more than taking a weekend hike with Jesus. It requires a kind of willing obedience that is foreign to most of us. The relationship with Jesus is complex. It begins with obedience, but concludes with friendship. Let me explain.

When Jesus called his first disciples, the command was simple: Follow me!

"As Jesus was walking beside the Sea of Galilee, he saw two brothers, Simon called Peter and his brother Andrew. They were casting a net into the lake, for they were fishermen. 'Come, follow me,' Jesus said, 'and I will make you fishers of men.' At once they left their nets and followed him." (Matthew 4:18-20)

So the first characteristic of a disciple is one who leaves what he has been doing and follows Jesus wherever he leads.

But being a disciple goes beyond simple following. It involves obedience, doing what Jesus tells us. Jesus said:

"Whoever has my commands and obeys them, he is the one who loves me. He who loves me will be loved by my Father, and I too will love him and show myself to him." (John 14:21)

Jesus asked his disciples, "Why do you call me, 'Lord, Lord,' and don't do what I say?" (Luke 6:46). Then he told the Parable of the Wise and Foolish Builders. You may be acquainted with the story. The wise man built his house upon a rock foundation. The foolish man built his house on the sand. All went well until a storm hit. Then the house with no foundation was washed away, but the house built on the rock withstood the flood. Jesus said:

"I will show you what he is like who comes to me and hears my words and puts them into practice. He is like a man building a house, who dug down deep and laid the foundation on rock." (Luke 6:47-48a)

Many people claim to believe in Jesus, but have no intention of obeying him when it might be inconvenient or conflict with their own will. They have a kind of affection for Jesus, an infatuation, but not real love. Love requires commitment.

Following and obedience are certainly part of a disciple's life. But it goes farther yet. Jesus demands priority over any other kind of allegiance.

This is a hard saying. The disciples certainly struggled with it -- as we must. But Jesus is clear: He demands the highest level of allegiance -- greater than family, greater than country.

Why does he demand this? The answer lies in who Jesus is.

In Lesson 6 we discussed that Jesus is actually God. He is divine.

Here is a title of Jesus to explore: "Lord." In Greek the word can refer to "owner," as well as to a person in authority: "lord, master."22When reverent Jews would read the Old Testament, they would substitute the word "Lord" whenever the name of God ("Yahweh") would appear in the text, so as not to sin by saying the holy name in vain. By New Testament times, the term "Lord," in a religious sense, carries not only the ideas of "owner, lord, and master," but also, "divine Lord, divine Master."

In this light, consider these verses:

"If you confess with your mouth, 'Jesus is Lord,' and believe in your heart that God raised him from the dead, you will be saved." (Romans 10:9)

The statement: "Jesus is Lord!" is the original watchword of the early church, the bedrock of the Christian faith. The question I ask you and ask myself is this: Do the decisions I make reflect that Jesus is my Lord? Either he is Lord of every aspect of my life, or I am kidding myself about the depth of my faith and my love for him.

Calling Jesus "Lord" means that we honor him and do what he tells us to do. When we call Jesus "Lord," we place ourselves before him as his servants, his willing slaves. As far as the concept of slavery may be from our current culture, that is what the Lord-servant relationship implies.

At the conclusion of Jesus' Parable of the Talents, Jesus tells of the master who rewards his servants for their faithful service:

"Well done, good and faithful servant; you have been faithful over a little, I will set you over much; enter into the joy of your master." (Matthew 25:21, RSV)

These are the words that every disciple longs to hear from Jesus when we finally appear before him. "Well done, good and faithful servant.... Enter into the joy of your master."

Jesus is also called "King." Both the word "Messiah" (Hebrew māshîaḥ) and the word "Christ" (Greek christos) mean the same thing: literally, "anointed one." In the Old Testament, kings were invested with power when oil was poured out on their head. The king was the anointed one. But Israel's kingdom ended about 587 BC, when the last king was removed from the throne by Babylonian invaders. After that, Israel had been oppressed by foreign powers -- most recently by the Roman Empire.

But the Jewish people looked forward to the Messiah, the anointed King, who, Scripture promised, would come and restore the Kingdom that God had set up for Israel (the Kingdom of God) and sit enthroned as a victorious King.

Jesus is that King. Jesus is the Christ, the Messiah, the Anointed One who was expected. Imagine how Jesus' preaching must have electrified his audience when he proclaimed,

Peter spoke for the rest of the disciples, when he said in awe:

When Jesus rode into Jerusalem on Palm Sunday on a donkey, the crowds cried: "Hosanna to the Son of David!" (Matthew 21:9). They remembered Israel's great king, David, who was promised that his descendant would be the Messiah.

When Jesus was arrested and interrogated on the charge of claiming to be a king, Pilate asked him: "Are you the king of the Jews?" Jesus replied, "Yes, it is as you say." (Mark 15:2). When he was crucified, a placard was nailed to the cross above him that said in three languages: "The King of the Jews."

Humble Yourselves before the King

Jesus is the Messiah, Christ, the King! He is my king and yours. What does it imply about our lives that he is our King and we are his subjects in the Kingdom of God?

It means that we owe him obedience and our highest allegiance. It also means that we are to humble ourselves before him, as subjects do before a great king. The Apostle James teaches:

In ancient times, people would humble themselves before a king by kneeling before him. That is why we Christians sometimes kneel and bow our heads in reverence before God. But it is more than an outward act. We submit our wills to our King, and say, as Jesus modeled for us: "Not my will, but yours be done" (Luke 22:42).

A Friend of God

I have tried to illustrate the awesome role of Jesus as divine Lord and King over all. We owe him our very lives. This King laid aside his crown and came to earth to die for his people on the cross, as "a ransom for many" (Mark 10:45).

Because of who he is and what he has done, we understand him to be absolute Lord and absolute King. We are his subjects, his obedient servants.

But now I want to share with you an amazing truth that Jesus told his disciples:

"I no longer call you servants, because a servant does not know his master's business. Instead, I have called you friends, for everything that I learned from my Father I have made known to you." (John 15:15)

We don't deserve to be friends of Jesus. Certainly none of us -- and none of Jesus' original twelve disciples, for that matter -- have lived up to his holy standard. Yet he thinks of us disciples, you and me, as his friends.

Yes, it is appropriate that we know him as Lord and Messiah and King, and acknowledge that we are his disciples, servants, and obedient subjects. But he came that we might not just know his power, but also his love -- especially his love. That is why he wants to get to know you and for you to get to know him -- as a Friend. Jesus wants you as a friend.

That is the message we started with when we began this journey many weeks ago, and that is where I leave you.

God loves you. Jesus loves you. And at very great cost he has forgiven your sin, called you to draw close to him, and desires you to feel his love for you -- the love of a friend. He is your friend, and he is one whom I pray you will come to know as your Best Friend.

And now I'll let you go forward on your journey. Jesus is ahead on the path with his hand outstretched to you. "Follow me -- friend," he calls.

So go now. Follow Jesus wherever he leads you. Godspeed!

Father, what a privilege I have to know Jesus as King and Lord and God. Humble me. Teach me to be an obedient and faithful servant. And lead me into an intimate friendship with your Son. I pray for the disciple of yours who has just completed this lesson and this series. Pour out your blessing and your guidance. Let this follower, this disciple, be used for your glory. Keep your disciple faithfully on the path, the walk with Jesus. In your holy name, I pray. Amen.

"Whoever has my commands and obeys them, he is the one who loves me. He who loves me will be loved by my Father, and I too will love him and show myself to him." (John 14:21, NIV)

Please do me a favor -- help evaluate the course you've just taken. Thank you! Go to: